Construction costs on the rise: How to mitigate the risk 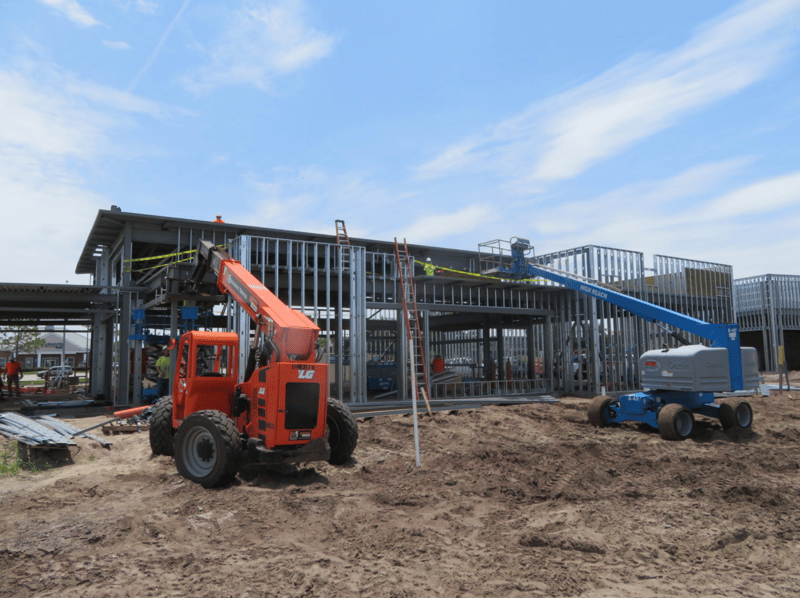 It’s an unavoidable fact: Construction costs have steadily been on the rise. And with fewer qualified subcontractors available per project, the supply is simply lower than demand. During the recession, subs in particular got hit hard. And those that made it through often did so by keeping their key people employed and working, even without making the profits they wanted. Now that the market has changed and demand has significantly increased, subs don’t want to just keep busy – they want to drive profits to make up for the money lost during the recession.

At first glance, this may seem like a typical story of supply and demand.  However, the current construction climate, especially in the fast casual restaurant world, is very different than even in the pre-recession boom.  In past growth cycles, contractors simply staffed-up to handle the increased demand.  Now, if subcontractors aren’t able to find good people, they become more selective in the work they accept. So where does that leave restaurant operators?

First starters, operators/owners need to determine what they’re looking for in the construction process. This means typically weighing price, quality and speed against each other. After establishing primary and secondary priorities, it’s important to develop a relationship with a general contractor based on those attributes. Next, operators need to treat the general contractor as a trusted adviser or partner, rather than a commodity. If you leverage your relationship with them, and they in turn leverage their relationships with the subcontractors, you will find that you land on the best prices to meet your expectations. However, always remember that in the triad of price, quality and speed, you must focus on two.

This is an enormous paradigm shift. Previously, maximum competition and bidding yielded the lowest cost for restaurateurs. However, general contractors and sub-contractors no longer want to spend their time bidding, when they already have all the work they want. They would rather price out a job to a general contractor that already has the project– someone they know will pay on time, be reasonable with expectations and works well with their team. In this new pattern, when you develop a relationship and minimize competition, you end up minimizing cost.

When a project is completed using a design-bid-build method, the owner hires both the architect and the general contractor. This allows the restaurateur to have control, but it can also lead to the design being over budget.

Using a design-build method can alleviate this problem, as the owner often hires the general contractor, and the GC then hires the architect. However, this often places cost as the number one priority. It can sometimes result in quick construction, but speed is very secondary to cost in this situation. Quality is pushed to the side, and there is very little focus on brand consistency. In today’s market, design-build may be effective at controlling costs, but it sacrifices both quality and consistency in the process. It’s important to note that in the design-build scenario the price is set and the contractors work to lower the costs and increase their own margins, not the owner’s.

A third method, integrated project delivery, is often used on large scale projects like hospitals and universities. In this process, the owner, architect and general contractor all communicate and contract with each other. The owner is responsible for setting the budget from the beginning, while the architect finds ways to creatively and efficiently meet the objectives. Finally, it’s up to the general contractor to implement the objectives in a cost effective way. This set up allows every party to focus on what they do best.

Since a true IPD method isn’t always plausible for restaurant development because of its relatively smaller scale, we’ve found a modified process to be the most effective approach.  The key is increasing collaboration rather than competition. The owner and architect should set the priorities and get a general contractor involved early in the process – ideally during pre-design or schematic phases. Then, the owner should negotiate a contract with the GC that includes the cost of the subcontractors plus the fixed fee for the overhead, which establishes a guaranteed maximum price.  If the GC can find better numbers during the final pricing, savings are shared with the team. From there you can collaborate and have the GC price out the project at key milestones with the subcontractors that are already locked in for the work. This limits variables and maximizes the economies of scale when restaurants are looking at opening multiple locations. This way, all of the parties involved can work collaboratively to meet the objectives and lower the costs.

This team approach is very different from the traditional model, but we’ve found that it’s the best way to mitigate the considerable risks in the rise in construction costs and assure a certainty of outcome relative to schedule. It does take time to develop the process, as it can be easier to put all the work on the general contractor. However, when you’re leveraging your relationships in the right way, you will find that the benefits far outweigh the effort and the risks.

Are you making the most out of your brand?
DOWNLOAD FREE BRAND VALUE GUIDE